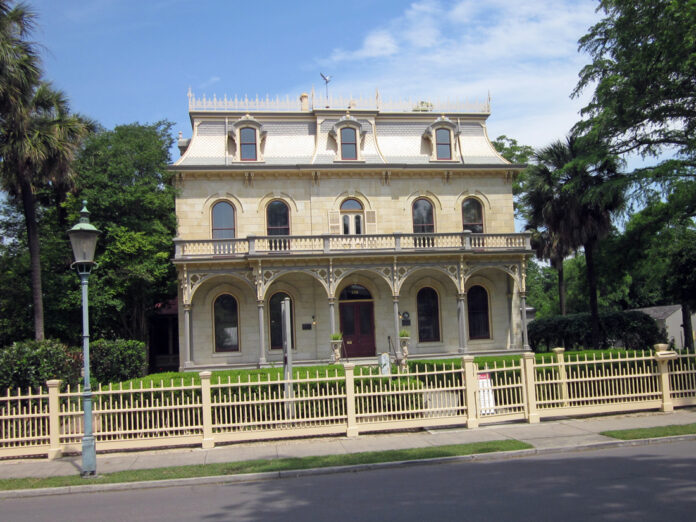 With a history dating back to the early 1700s and ever so slightly earlier, when four Christian Missions: Concepcion, San Jose, San Juan and Espada were built along the San Antonio River south of what, 150 years later, would became downtown San Antonio, an inspiration developed and continued in residential and commercial “build out.”

On Your First Visit to San Antonio

When you visit San Antonio and travel throughout its’ downtown and near downtown infrastructure, don’t be surprised to find that there’s a continued “romance” with older construction, although residents choose, where possible, to fix up the interiors while leaving the exterior as it is, in fact, a decision determined by city laws in historic areas. In neighborhoods such as King William, Lavaca, Tobin Hill, and Monte Vista, to name a few, a good deal of houses were built in the mid to late 1800s – to early 1900s, and somewhat later in Alamo Heights, Olmos Park and Terrell Hills. And many of the earlier built houses close in to “center” were built by Germans who had emigrated to Texas, and San Antonio, and had become owners of successful businesses in downtown San Antonio.

The first San Antonio neighborhoods, La Villita, and later King William, contained a variety of architectural styles and construction dating back to that era, a few being German Vernacular, Gothic Revival and Italianate.

And only when the city spread out from its center, in the early to mid-1900s, did housing design take on a different look, to follow the pattern of houses in other parts of the country, namely houses built in traditional, contemporary, Spanish and modern styles.

Over the last eighty or so years, most if not all houses built are not historic in nature. In fact, most houses that are not in registered historic districts, as are those in King William and Monte Vista, where exteriors can be updated but not changed, have been “brought into the 20th century” with completely changed exteriors and interiors.

And even commercial buildings that were once restaurants, offices or gas stations have taken on a whole different look and feel. For instance, a gas station in Alamo Heights is now a gift shop, an auto service station in King William is now a restaurant and an auto dealership downtown now hosts artists in a gallery. Call that “repurposing.”

San Antonio was fortunate to have a number of internationally recognized architects living in its’ midst. Alfred Giles, who designed the Edward Steves Homestead in King William, Atlee Ayres, who designed the Atkinson House now the McNay Art Museum and O’Neil Ford, who was the architect of Trinity University are but a small few of many who are members of the American Institute of Architects (AIA) San Antonio chapter.

And German immigrant craftsmen were known for their fine stone work and decorative carvings. They influenced many of the preserved historic Victorian, Greek Revival and Italianate style homes in the late nineteenth century “suburb” of King William. This area became the first upscale “suburb”, housing successful immigrant merchants from Europe. Many of these homes still exist today and have undergone restorations and renovations as time has progressed.

A unique feature on many houses dating back one hundred or more years is the exterior color. Whereas today, houses are uniquely similar in color, given the building materials used, many older houses, at least in the neighborhoods previously mentioned, take on true colors like blue, purple and green. How interesting!

And another significant change that has taken place over the years, outside of the actual design of individual properties, has been that porches are being left off houses nowadays, the reason at least here in San Antonio, you can guess, is that eventually air conditioners became a staple in housing construction given that the summertime heat was unbearable. And sidewalks in neighborhoods have, for the most part all but disappeared, the sense of “neighborly neighborhoods” having suffered. For, it was more common than uncommon many years ago that neighbors would go out for a walk, pass a friend’s house, the friend sitting on their porch would wave, the two would meet on the porch and begin a conversation. Now the conversation takes place inside the house after the neighbor drives up in a car.

Adding Loops and the Population “Exploded”

Over the years, San Antonio has grown out from its’ center, not in the sense that people have vacated downtown, rather that more land is available to develop and build on “outside the Loops” (410 and 1604.) And that is exactly what is happening. With the growth of the city making it the seventh largest city, population wise, in the United States, the population reaching 1,493,000 residents (2016), the city has expanded to more than 550 square miles from its original center “down by the riverside.”

The aforementioned Monte Vista, the first truly “suburban” neighborhood was established in 1890, borrowing to a large extent from the housing styles of King William. Years thereafter, Olmos Park was established, in 1920, and Alamo Heights in 1922, Alamo Heights especially becoming more contemporary in design. And Mahncke Park, Monticello and Castle Hills, two neighborhoods and one city, Castle Hills about six miles further north, followed in the mid to late ‘20s. And a boom occurred in the 1950s –1960 when Loop 410 was built opening up ranch and farm land to builders such that an amazing number of subdivisions were established north of 410 out to Loop 1604, which was finished in 1961, sixteen miles north of center city.

And it didn’t hurt to have North Star Mall built alongside Loop 410, the establishment of two new school districts, Northside and North East and thirty or so new schools, giving sense to a contemplative move folks living “within the city” would eventually make, and subsequently build or move into a new residence.

The new changes in residential updating continue, what with land turning over to the city, and developers. For instance, just eight years ago, the owners of a dairy farm located at NW Military Highway and Wurzbach Parkway passed away, the city of San Antonio eventually purchasing the land and turning it into Phil Hardberger Park.

And with the population of the city continuing its’ upward spiral, it makes sense that as newer land becomes available, newer subdivisions will be established (the number is now approximately 3,000 subdivisions.)

Castle Hills is a 2 ½ square mile city with one foot inside and one foot outside San Antonio’s north central Loop...
Read more
Living Here