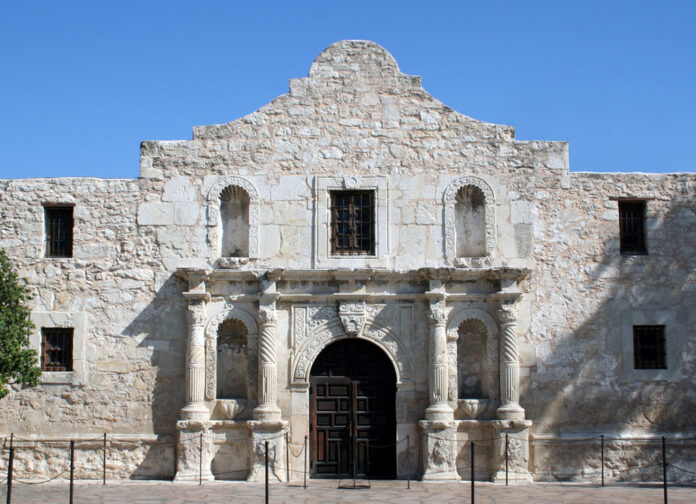 San Antonio’s snippets of history are fun to discuss. There’s no chronology here, just random facts. Who was Gutzon Borglum? Ask 10 people and nine won’t know. They know his creation, but not him. Borglum, a sculptor, was a resident of San Antonio when he received the commission to design and carve Mount Rushmore. He came to the city in 1925 to create a memorial for the Trail Drivers Museum and decided to stay. Borglum worked his magic at Mill Race Studio in Brackenridge Park. While sculpting Mount Rushmore, he returned to San Antonio during the winter months. Another little known fact about Gutzon Borglum; he designed the flame in the Statue of Liberty’s torch.

Ever heard of Judge Roy Bean, Law West Of The Pecos? Sure you have, if for no other reason than the fact that Paul Newman played his part in the movie. Roy Bean lived in the King William District before heading to the western region of our state to create havoc and administer his own brand of barroom justice. He named his town (Langtry, Texas) and his place (the Jersey Lilly Saloon) after British actress Lilly Langtry who he saw only once, at the Grand Opera House. This grand structure was located at 303 Alamo Plaza, where Ripley’s Believe It Or Not now stands.

Teddy Roosevelt recruited the famous Rough Riders here in 1898. Roosevelt, Assistant Secretary of the Navy at the time, used the Menger Hotel as his base of operations for signing up volunteers who were ready, willing and able to fight the Spaniards in Cuba at what later became known as the Battle of San Juan Hill. He was assisted by Colonel Leonard Wood. Actual troop training took place south of the downtown area at the site that is now the Riverside Golf Course. Roosevelt used the Menger Bar for many a rousing discussion with the men who were about to form The First United States Volunteer Cavalry, the official name of the Rough Riders. The Menger Bar has even more historical significance. It is a replica of the one at the English House of Lords in London. San Antonio’s oldest hotel opened in 1859 and has hosted such dignitaries as Presidents Roosevelt, Taft, McKinley, Johnson, Truman, Eisenhower, Nixon and Reagan, plus Army Generals Grant and Lee. James Stewart, John Wayne, Bob Hope, George Herman “Babe” Ruth, Sarah Bernhardt, and a host of other well-known personalities have also enjoyed the hospitality of this venerable first class hotel. Bully! President Clinton has even made the Menger’s Mango ice cream world famous.

Geronimo! Not the battle cry, but the man. Legendary Apache Chief Geronimo, and about thirty of his braves, spent just over a month in Old SA back in 1886 as captives of the U.S. Army. They were held at the Quadrangle in Fort Sam Houston, a structure which is now the Headquarters of the Fifth Army. The entourage was later escorted to Fort Pickens in Florida, then confined to an island ten miles off the coast. While in San Antonio, Geronimo and his men were treated with respect, to the point of bringing in wild game for them to eat. Especially deer. Ironically, a petting zoo now stands at this very famous place.

Fort Sam Houston is bathed in history. The first military flight, by Lieutenant Benjamin Foulois, took place there on March 2, 1910. In a Wright Brother’s bi-plane, Foulois flew for 7 minutes at a top speed of fifty miles per hour. This flight, one of four that day, began military aviation history. Interestingly enough, after surviving this daring day, Foulois suggested the fact that planes should have wheels instead of being catapulted into the air, then skidding to a landing. And, after crashing on his fourth flight, he invented the world’s first safety belt, fashioned from a strap of leather taken from the rigging of an old trunk. Foulois’ inaugural airborne adventures departed from Arthur MacArthur Field, a parade ground. Yes, he was Douglas MacArthur’s father. It is interesting to note that at one time in the early years, every airplane in the U.S. Army arsenal (six Wright Brother’s bi-planes) was assigned to Fort Sam Houston, the birthplace of military aviation.

Fritos. Si, they were first made in San Antonio. The story goes something like this. While having lunch at a small Alamo City restaurant in 1932, Elmer Doolin, the owner of a depression-ravaged ice cream business, purchased a small bag of what we now call Fritos. He paid a nickel for the privilege, sought out the maker, and bought the recipe and nineteen existing retail accounts for one hundred dollars. He then set up shop in his mother’s kitchen at the family home on Roosevelt Street. Doolin made Fritos by night and sold them out of his Model T Ford by day. In 1933, he moved the company to Dallas. Elmer Doolin turned lunch into a snack empire; the Frito-Lay Company.

Now to a few historical individuals who came our way; an impressive group, starting with James Bowie, William B. Travis, David Crockett, James Bonham and the other 180 plus men who defended the Alamo in March of 1836. Against incredible odds, these men withstood the siege of Mexican General Santa Anna’s troops, numbering up to 5,000, for 13 days. Their life-giving effort was immortalized in “Remember The Alamo,” a tribute used by Sam Houston to rally his men at the Battle Of San Jacinto. The Alamo is unquestionably the “Cradle of Texas Liberty.” The city’s military history continued with the arrival of Robert E. Lee as Army Inspector General of Texas in the late 1850s. While here, he quartered at both the Menger and the Gunter Hotels. Lee also laid the cornerstone at St. Mark’s Episcopal Church in the downtown area. When news of the Civil War reached Texas in 1861, he faced the local secessionists and declared his allegiance to Virginia and the Union. Given no choice, he left San Antonio immediately, leaving behind his personal belongings. Ironically, Virginia took the side of the South, allied in the Confederacy with Texas.

Eisenhower lived here twice, both times stationed at Fort Sam Houston. During his first stint, beginning in 1915, Ike met Mamie Doud, a young Denver socialite who wintered in San Antonio. After a whirlwind romance, they wed. In 1916 he led the Peacock Military Academy football team to a winning season, then a year later turned around the gridiron fortunes of St. Louis College (now St. Mary’s University) with a 5-1-1 mark. Mamie didn’t miss a moment of action. As a matter of fact, she was awarded a football letter from St. Louis. The second time around for Eisenhower at Fort Sam was in 1941 as Chief of Staff for the Third Army.

Lucky Lindy came to town in March of 1924 to enter the Army at Brooks Field and train in the JN-4 Jenny bi-plane. Charles Lindbergh didn’t get the nickname Lucky Lindy because he successfully crossed the Atlantic, but rather because he was lucky to be in the first class of students to use parachutes. Nine days before graduation, he was forced to bail out of his aircraft, floating safely to the ground. Later, he flew over the big pond.

Moving right along with some quickies. The Fairmount Hotel was moved from Bowie at Commerce to South Alamo at Nueva. Wrapped with steel “ribbons” and resembling a Christmas package, the building was slowly moved in one piece on 36 pneumatic tire dollies. A few blocks, a few turns, a frightening bridge crossing and six days later, viola! Another one. Chicken fried steak, onion rings and Cherry Coke all originated at the Pig Stand on Zarzamora. By the way, it was also the world’s first drive-in restaurant. More snippets. Carol Burnett is a native San Antonian. George Strait lives here. The first American to walk in space, Colonel Edward White, was born here in 1930. Randolph Air Force Base is referred to as The West Point Of The Air. It’s administration building is called the Taj Mahal. Air Force recruits by the millions have come to Lackland Air Force Base for basic training. It’s the Gateway to The Air Force.

This could go on forever, but before closing, let me tell you that there is a White House replica here on Cave Lane and a duplicate of the much-photographed Oak Alley Plantation from the Baton Rouge area of Louisiana. It’s the Leutcher Brown Center in Terrell Hills, complete with a bent Oak entry and matching mansion.

And finally, Tommy Nobis and Kyle Rote played football at Thomas Jefferson High School, the only school in San Antonio to ever be featured in Life Magazine.