San Antonio Presents a Dynamic Setting for Business and Industry 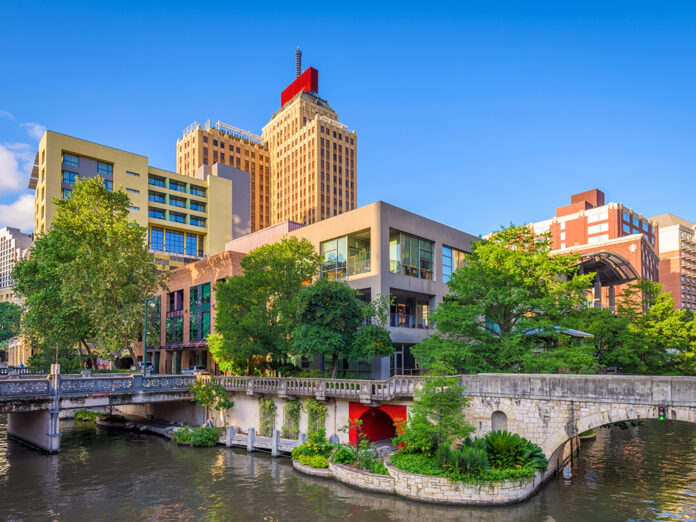 Those relocating to San Antonio to seek employment will be pleased to know that San Antonio has blossomed over the last 20 years into a dynamic, multi-disciplined city worthy of its place as not only the seventh most populated U.S. city, but a city that sits among the largest industrial centers, once a pipe-dream in this region.

Recognized as Military City USA for years, owing to the presence of five military bases, Ft. Sam Houston (Army) and Brooks, Lackland, Kelly, and Randolph Air Force bases, San Antonio understands that they, along with HemisFair ’68, were the beginnings of a now stout tourism industry. Time has changed things militarily, however; now only Ft Sam Houston, Lackland and Randolph are active bases.

But while the government’s downsizing of the military through its Base Realignment and Closure Commission has shuttered Brooks and Kelly as operating installations, the city has made excellent use of the two closed properties. Brooks has been converted into Brooks City Base, a consortium of private and public businesses specializing in the sciences and research fields. Kelly is now an inland port, Port San Antonio, with the collection and transit of manufactured goods and agriculture out of Central and South America destined for Canada, Europe, and the Far East.

Today, San Antonio is the tourism capital of Texas, with the Alamo and River Walk helping to attract more Texans, and others, to the city than any city in the state. And with the strength of the city’s convention trade, the combined tourism and convention business under the auspices of Visit San Antonio places the city high on the list of most popular cities in the country as well.

Major San Antonio points of interest for visitors and residents alike include the Alamo, San Antonio Botanical Garden, DoSeum children’s museum, HemisFair, McNay Art Museum, River Walk, SeaWorld San Antonio, Six Flags Fiesta Texas and the Witte Museum. Facilities for hosting conventions include the AT&T Center, Alamodome, Henry B. González Convention Center and Pearl Stables, among others. Many of the city’s hotels have meeting facilities in addition to guest rooms, with a capacity of over 35,000.

Health Care and the Biosciences

While the military and tourism jockeyed for first place for many years as the city’s top economic generator, it was just a few years ago that the San Antonio Chamber of Commerce undertook research and discovered that, in fact, health care and the biosciences drew the most dollars to the city in economic impact, $14.3 billion, while employing over 100,000.

San Antonio is home to outstanding medical facilities including Baptist Health System, Christus Santa Rosa Healthcare, Methodist Health Care, and the Nix Healthcare system. And not to be outdistanced by any stretch, San Antonio’s Brooke Army Medical Center is command headquarters for military medicine in the U.S. The Army Burn Center is located at San Antonio Military Medical Center (SAMMC), specializing in burn, decontamination and behavioral and emergency medicine, where military members who have served in the Middle East, among other conflicts, have been treated.

Kelly Air Force Base was officially closed in 2001. But for the vision of city fathers and business leaders, it probably would have gone the way of many such great expanses of land, to housing. Instead, Kelly and its jet-length runway, 11,500 feet long, has been transitioned into Port San Antonio, an incubator for the aerospace industry in San Antonio and an ‘inland port.” The facility is being developed as a disseminator of goods from Central and South America that are sent on to Canada, Europe, Asia, and the Far East. To date, Port San Antonio hosts approximately 70 companies, including Boeing, Cessna, Lockheed Martin, M7 Aerospace, Pratt & Whitney, Raytheon Aircraft Services, and Standard Aero, employing over 12,000, while developing an economic impact for the area of $5 billion.

A major informational and technology center, San Antonio is near the forefront in the development and proliferation of marketing activity for this industry, both in terms of research and operation. Among other established companies and organizations with facilities here are AT&T, the Air Intelligence Agency, Karta Technologies, National Security Agency (NSA), OnBoard Software, and Rackspace Managed Hosting. In 2011, Graham Weston, a founder of Rackspace, kicked off Geekdom, a tech center in downtown San Antonio. The future is nothing but bright for San Antonio. An imaginative workforce, buoyed by the addition of 40,000 –45,000 new residents every year, bodes well for this city and its economic generators. Long considered a small town big city, it continues to retain that moniker, but while “small” might conjure up in some people’s minds just that, this city is now large in thought and energy, a major player in conversation and thought of a far-flung world.

New arrivals to San Antonio can find some of the best health care in the world at their fingertips. This international and historic city...
Read more
Living Here

Not only is San Antonio the seventh largest U.S. city in population, with slightly over 1.4 million residents, it’s also one of the...
Read more
- Advertisment -