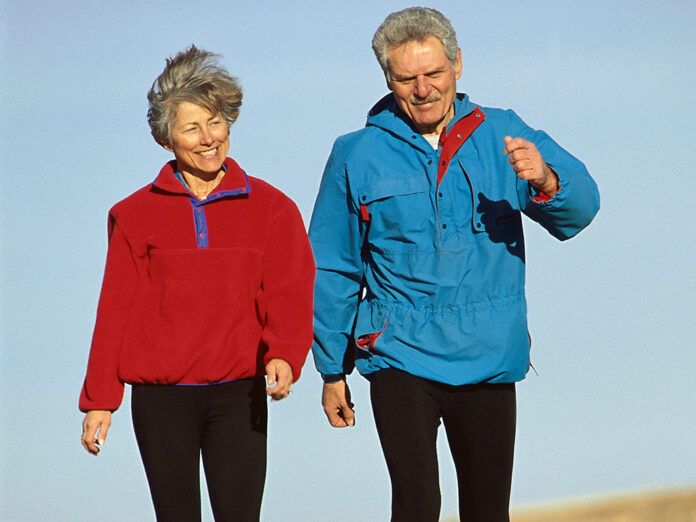 Life-long sports enthusiasts Harold and Angie Keller balance their lives with a mix of athletics and travel; their children have long since left the home. “When we’re at home, we’re either watching sports or playing sports,” Angie says. “Our children complain that we’re gone so much they have to make an appointment to see us.”

Both Harold and Angie compete in the U.S. Senior Games, locally held at the Jewish Community Center (JCC). Harold works out at the gym there three days a week and plays on two teams in the San Antonio Softball League, also coaching. Twice a week, Angie plays senior division volleyball. She and her teammates, all over the age of 70, compete every two years in the national games, which draw 8,000 – 10,000 participants.”They don’t lose,” Harold says of Angie’s team. “They always bring home a trophy.” The Keller’s sometimes manage to combine their leisure-time passions, as they did when Harold’s team competed in Hawaii. They also took up scuba diving a few years ago when they were in Hawaii. “We’ve gone on dives all over Florida, and we’ve been to Cozumel too, which is a diver’s haven. The deepest we’ve gone down is 110 feet,” Harold says.

Golf is the sport preferred by Will and Midge Danenfield. Weather permitting this retired couple usually play three or four mornings a week. Bill was an architect from Philadelphia. Midge, born in Rochester NY, was a medical researcher. They take several trips each year where they find time for playing golf. In addition, Midge plays bridge, goes to exercise classes and volunteers one day a week at a homeless shelter. Bill also works out at the gym. Both take classes at the Academy of Learning. Eight or nine years ago, Bill took up oil painting, a result of a flyer that came to their home from the Northeast Independent School District’s Evening Classes activity.

Although the region’s population is growing and spreading, clever retirees can select a comfortable neighborhood or retirement community in the San Antonio area. As well, those who want a smaller town can settle in one of the many smaller cities within a short drive of San Antonio. Those who may want to be near friends from the military or a particular religious affiliation can find communities like Blue Skies of Texas or the Army Residence community, housing those with similar interests.

Whatever the situation, residents of San Antonio and surrounding communities have a great climate to retire in, a good economy, the best health care nearby, and a wealth of possibilities for new friends and activities. Thus, there’s no reason not to find a perfect match for your particular lifestyle and taste.

Nearing, or In Retirement

New arrivals to San Antonio can find some of the best health care in the world at their fingertips. This international and historic city...
Read more
Living Here

So You Sing in the Shower

By Larry Higgins Well, I know a bunch of guys who can shower-sing and they are pretty good at...
Read more
- Advertisment -