It’s Difficult Being a One-Dimensional Person 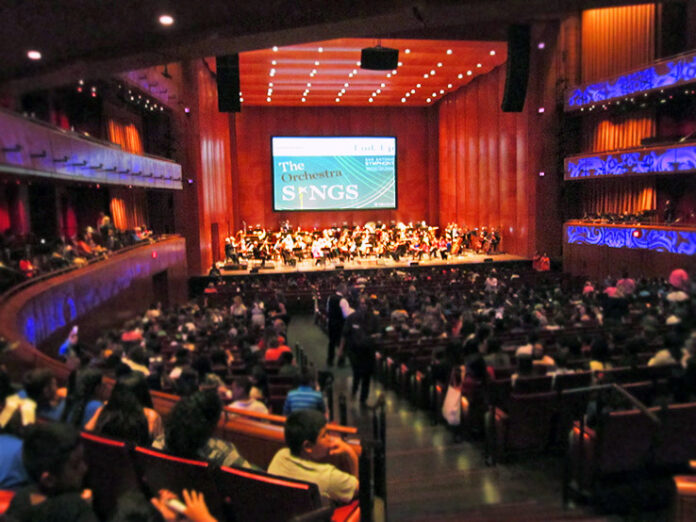 It’s more and more difficult nowadays to be a one-dimensional person in this multi-dimensional world in which we live. Whether we like it or not, we seem to be asked, or we plain volunteer, often, to serve in various capacities.

Such is the case with instrumentalists with our San Antonio Symphony who, on a regular basis, play multiple concerts throughout a nine-month season in front of appreciative audiences. But more than that, players teach students in schools, or tutor in private classes. And they perform for students from school districts throughout our metro area, arranged by the San Antonio Symphony Society.

Such was the case one month ago when forty or so Symphony instrumentalists performed for upwards of 1400 children per concert, times 9 concerts, at the Tobin Center for the Performing Arts, arranged by Jeremy Brimhall, the Director of Education for the Symphony. And while the Symphony players were playing on the stage, the children, who came from various San Antonio school districts, but as far as Fredericksburg, Kerrville and Del Rio, oftentimes played recorders in the audience.

Mr. Brimhall has lead this sort of program in the past and is creative with both his own recorder, as well as in conversation, in front of, and about children and music. He has worked to promote cross curricular and fine arts learning in local schools through the Symphony’s education programming, while exposing students to the wonder and beauty of symphonic music.

One important part of this “mission” has been a partnership, begun in 2013, with the Weill Music Institute of Carnegie Hall, for a completely audience-participatory program of Young People’s Concerts for students, grades 3 – 5. The program involves a yearlong supplemental music curriculum through which students learn to sing, play recorder or string instruments and perform movement and body percussion to specific music selections. The students are then invited to actually perform with the Symphony orchestra from their seats in the culminating concert.

Another partnership begun in 2017 involves a literacy program called QWILL (Quality Writing Inspires Lifelong Learning) through which students, grades 9 – 12, participate in an intensive writing program scaffolded around the children’s book A Midsummer Night’s Dream for Kids, by Lois Burdett. And they then attend a directly related Young People’s Concert featuring the well-known incidental music of Mendelssohn coupled with narration from Burdett’s book.

Additional information is available through Mr. Brimhall or Annette Paulin at the San Antonio Symphony Society.

In 1994, SAY Sí was founded under the umbrella of the King William Neighborhood Association with the vision that all youth should...
Read more
Education

Southwest School of Art offers classes for artists of every age

For over 50 years, Southwest School of Art (SSA) has been a leader in visual arts education offering studio art programs for...
Read more
Education

Education in Our Midst for 2020