Getting to Know Your City 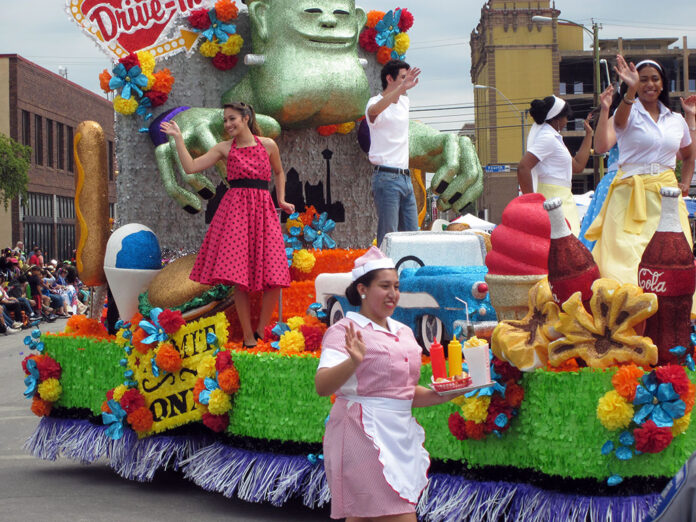 You’re relocating to San Antonio. Welcome! You have some time to yourself before you get on a plane and head back to wherever it is you’re coming from. Take a look around your new city for a sense of the flavor of the town—San Antonio points of interest you may come to love and think of as part of home.

What to do in San Antonio?

Do some neighborhoods. Drive through Monte Vista and Olmos Park—amazing mansions, twisting streets and old trees. At the edges of the neighborhoods, park and walk through Trinity University.

Drive through the Deco District. Up Fredericksburg Road, you’ll begin to see tiled signage created by the young people of Askew (a teen arts program) and sleek buildings which define the area; the H-E-B supermarket has a deco look. And stop in the Bihl Haus, one of San Antonio’s art galleries, a lovingly restored stone building on the grounds of Primrose Apartments.

Walk through King William. If you’re going to eat at the Guenther House, visit the galleries of the Blue Star Arts complex then walk back through the streets of King William. View old mansions and bungalows in this relaxed and historic neighborhood. At the edge nearest to downtown, you’ll find the San Antonio Art League Museum.

The bush-like flowers in pinks, whites and purples you see everywhere are not lilacs. No scent—they’re crape myrtle and they’re everywhere for much of the late spring and through the summer. In the early spring, Indian Hawthorn and Mountain Laurel (they smell like grape jelly) show up, and if you are out on the highway, that pond of blue you see nestled in the grass—those are bluebonnets—Texas wildflowers. You can thank Lady Bird Johnson for the roadsides and medians covered with wildflowers, a riot of colors—Indian Paintbrush, Mexican Blanket, Mexican Hat, Evening Primrose, and those Bluebonnets. Yes, the pecans are fresh. See that tree.

Listen to a Tejano music station. A Tejano music station will introduce you to the accordion in ways you’ve never heard before, even if you like Cajun music. And most of the time you’ll bump into at least one song of Selena’s. But listen also for the band Intocable, and the singer Michael Salgado. It’s not a bad way to pick up a little Spanish too. “Corazon” is heart and “lagrimas” are tears—lots of both in pop songs.

Go shopping. The Quarry, The Shops at La Cantera, North Star Mall, The Rim, and the Forum all have great places to shop.

El Mercado, on the near Westside of downtown, is graced with the restaurant, Mi Tierra, open 24/7. In addition to its full Mexican fare, it has a remarkable three-dimensional mural of San Antonio’s story, people and history. And while we’re speaking of San Antonio three-dimensionally, take in the video/art projection “San Antonio/The Saga,” played on the Main Plaza façade of San Fernando Cathedral downtown every Tuesday, Friday, Saturday and Sunday at 9pm, 9:30pm and 10pm.

Men, try a guayabara shirt. Even if not flashy with lots of stitching, it is just a cool, casual cotton or linen shirt that you can wear just about anywhere in town.

Eat a Mexican breakfast – a breakfast taco or an order of migas or chilaquiles, both essentially Mexican-style scrambled eggs, plus.

Try a paleta (Mexican popsicle) at El Paraiso, especially in the summer.

Travel through The Pearl, a re-imagined community of restaurants, condominiums and apartments, and continue to Alamo Heights, a city within San Antonio, just up Broadway from downtown, and while there, visit among other places, the H-E-B Central Market if you’re missing your own high-end supermarket.

Visit the Botanical Garden: Visit the San Antonio Botanical Garden where you’ll find a broad range of flowering plants, special floral displays, flowering diversity, and experiences that connect you with the “real” world. The Garden is a top San Antonio attraction that serves as a museum…of plants, the out-of-doors, a conservation facility where art, architecture, music, and theater experiences come to life. All built into this special complex you’ll venture back to often.

My focus has been within Loop 410. Head outside, even beyond Loop 1604. There has been so much growth north, east, west, and south of the loops the last thirty years. While not old and historic, areas outside of the downtown area will surprise you.

Festivals in and around San Antonio

With a pleasant year-round climate, and a virtually endless list of fun places to go, San Antonio offers a wide array of outstanding...
Read more
Events

Planning a visit to San Antonio to see our wonderful city and metro area prior to a possible move? Why not plan...
Read more
- Advertisment -